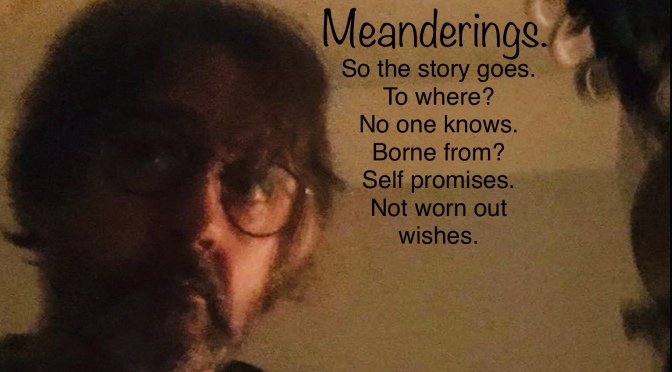 The Night Sky? A Telescope needed and glorious naivety.

Way back when I obtained this book I had visions of looking more closely at the complexity of the night sky. I had either read somewhere, or someone told me the story, of the ‘spotting’ of supernova activity. Not only from astronomers. The story of a person with autism living in the Australian outback who would look up at the night sky and within it’s complexities would spot a star was missing. Visual abilities so acute as to be able to see the pattern of stars had subtly altered. So therefore  identifying a star missing.

Having worked with people with autism I realised this could be done. Extraordinary skills visually and other skills that baffled. I met someone who, if you told them the date of your birthday (for example 1st February 1942….not mine!) would tell you which day of the week you were born on. I told her my birthday. ‘That was a Tuesday’ she replied. She was right. She was always spot on. She also played piano. Heard a tune for the first time and played it straight off.

Back to the stars and planets book. So, after enthusing about how it would be great to own a telescope, 5 years plus ago, my wife Angie bought me this one. It was from someone in the local community and therefore second hand. It was a Christmas gift. Keen to begin a new passion I set it up. But. Light contamination meant limited visuals from our village. I tried all the windows but no joy. So it sat in the loft in a bag. After getting it down from the attic, looking at the model number I looked it up on the internet.

“Ideal for near and deep-sky observation, Celestron’s PowerSeeker 127EQ 127mm f/8 Reflector Telescope features a respectable focal length and a large, parabolic mirror that produce detailed images of the Moon, clear views of the planets, and the ability to resolve bright distant objects such as nebulae and galaxies”.

I now have it set up in the study awaiting better weather in order for it to be taken down to the beach. Crossing my fingers that the focus ability isn’t off with a need for collimation processes. If it needs to be refocused I’ll struggle. Technophobe you see. Also. Need to understand the most basics of understanding from the stars and planets book and the massive fold out night sky chart I have. Also the basics of actually pointing it upwards, to focus and pinpoint images correctly.

But from basics, knowledge grows. It’s about experiencing. Albeit in the sphere of naivety witnessing complexities. Awaiting understanding. However. Just to simply set the telescope up, focus on the stars, put the kettle on in the VeeDub Bus and stand with a steaming hot coffee whilst glancing more closely into their magnificence would be pretty awesome. Or……the moon’s patterned surface.

Also. Recently, I had a keen spirit from an event to want to try it out again. Saw a ‘close as close’ satellite a short while back whilst driving. I grabbed the binoculars when home. But it was lost in the time it took to drive from the local small town back to our village.

So. This telescope, driving in the VeeDub at night and seeking a back of beyond space (space! 😆) where I can’t see my hand when it is only a foot from my face. No light contamination. Could be a pretty glorious experience. If it is a pretty glorious experience? Then I’m confidently sure it will now get used more than once. I love these weird fazes I have from time to time.

Faber-Castell ‘Progress’ 55G fountain pen. Gold nib. First of the recently bought pens. Came with an extra added selection of fude circular ended dip nibs for use with India/China inks. Also a glass antique small ink pot for the dip nibs. So a decent pen, the dip nibs and ink well all in the ‘bundle buy’.…

Recently it has been a case of buying some vintage fountain pens and dip nibs. Also some draught-man’s writing tools. Bought from 3 separate buyers. One bundle has interchangeable nibs for the Osmiroid too. Also some interchangeable ones I cannot recognise at present. Some previous blogs have been about the subject of one’s own self…

Drumming brings? Circles………..Repetitive pattern. Sometimes. But eventually…… Spirals…..Onwards……..Outwards…….to Strange Thinking Experiences. As akin to writing with the Fountain Pen. Words appear out of nowhere. The Drum allows the same. Serious application or chosen nonsense. Beating rhythms in time, swerving out of time, more patterns slot on to insistent beats, circle expansion, weave in and then…